Lights Out was one of radio’s earliest suspense anthology dramas. A lot of its earlier episodes were criticized as being, frankly, gross, but this one is more restrained. It’s just plain creepy. Set in the typing pool / script department of a creepy radio show, it’s also one of the most meta. Then, on The Jack Benny Program, Dennis Day negotiates his contract, Rochester buys a race horse, and the gang puts on an Ozark melodrama. Listen here. 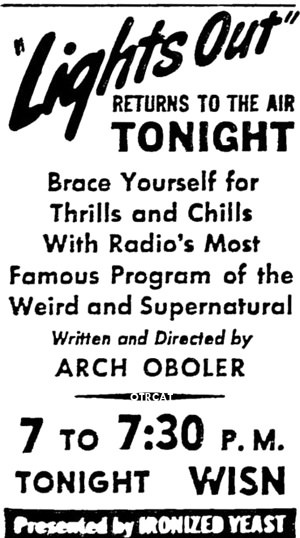 The Columbia Workshop was the CBS network’s series of experimental radio dramas, frequently adapting literary works. The show openly experimented with format, sound effects, and the power of music to convey emotion and theme. Tonight, we present an adaptation of a short story by the British fantasy writer Lord Dunsany. The music is by Bernard Herrmann. If that name sounds familiar, it’s because he went on to score movies like Citizen Kane, The 7th Voyage of Sinbad, and North by Northwest. Then, we return to comedy-in-academia with The Halls of Ivy. Dr. Hall appears to have won a major literary award, and both the school and his wife have big plans. Listen here. 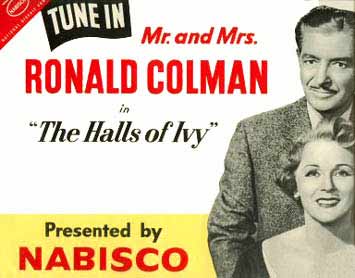 We start off with another classic episode of Dragnet. There’s a good mystery with a high-stakes villain, and I really enjoy all the throw-away, one-liner character moments. Then on The Aldrich Family, a typical high school situation turns in to a classic sit-com misunderstanding. But this one is executed particularly well. Listen here. 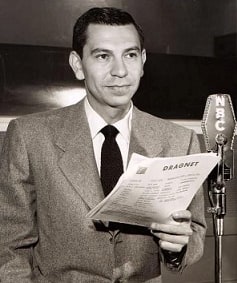 There was no shortage of private detectives during the golden age of radio. We’ll start tonight with an entry new to our program: Michael Shayne, Private Detective. You’d never guess by listening to his tough but lovable voice here that star Wally Maher was the voice of Screwy Squirrel and the Turkey in the classic 1945 Tex Avery short “Jerky Turkey.” Tonight, he takes on a tricky case at a local college. Then on You Bet Your Life, Groucho Marx complains to a pharmacist about the amount of cotton in pill bottles, then banters with a Hollywood baker and a couple who have eight children. Listen here. 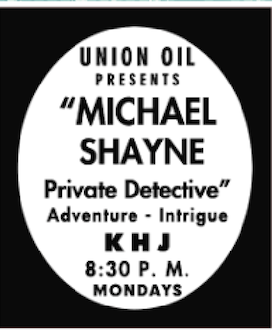 Time to return to those thrilling days of yesteryear with The Lone Ranger. This time the Masked Man and Tonto intervene with competing gold strikes threaten to turn deadly. Then we see how things are going for The Great Gildersleeve and family. Inspired by such self-starters as Abraham Lincoln, Gildy decided to make something of himself, possibly even in politics. Listen here. 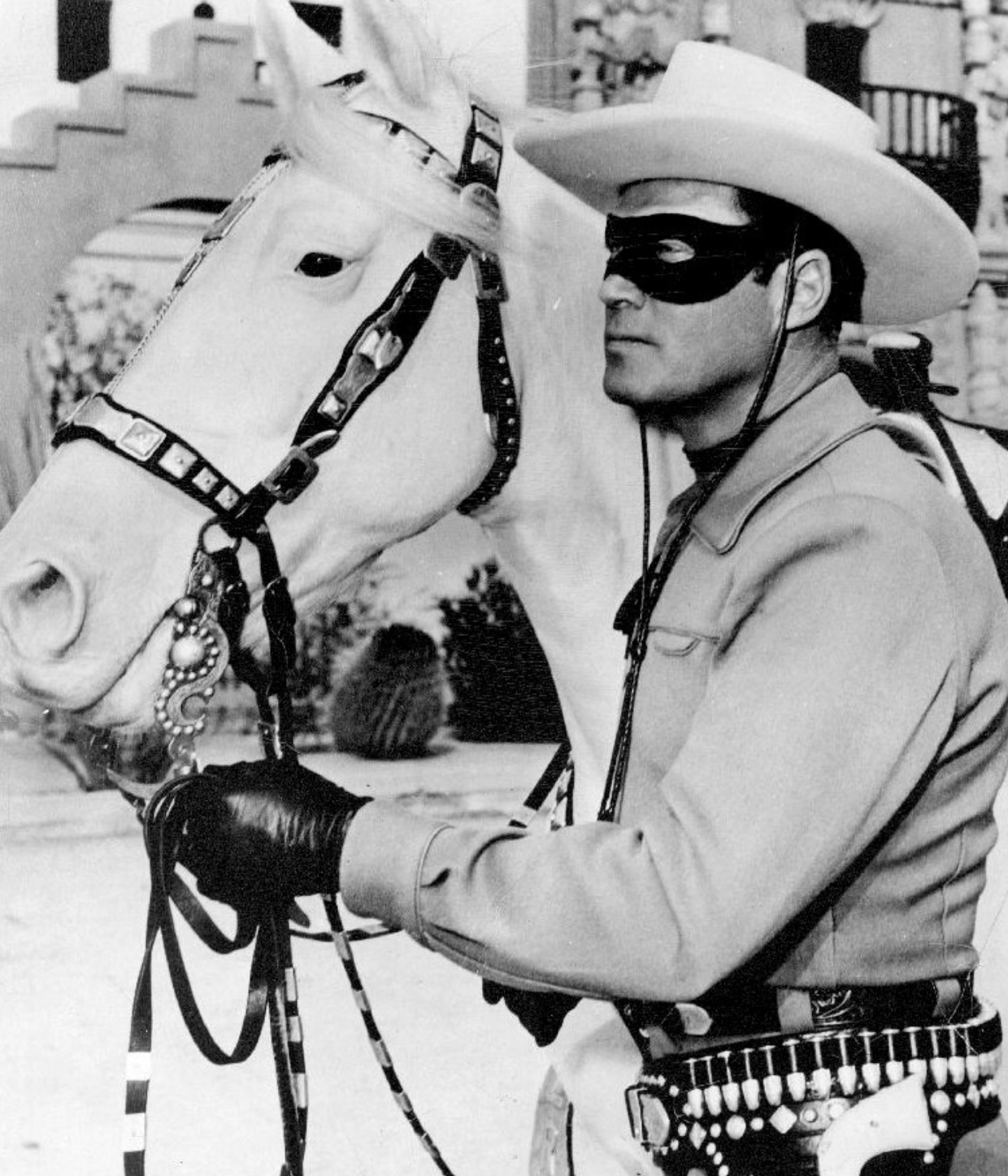 We return to the world of crusading journalism with Big Town. Edward J. Pawley takes over from Edward G. Robinson as Steve Wilson, managing editor of The Illustrated Press, the leading newspaper in some Big Town. This episode proves conclusively that crime doesn’t pay and there is no honor among thieves. Then on Fibber McGee and Molly, Fibber thinks he’s found a sure-fire way to avoid taxes. Will the study of his town’s most ancient laws put him in clover or will he be eating crow? Listen here. 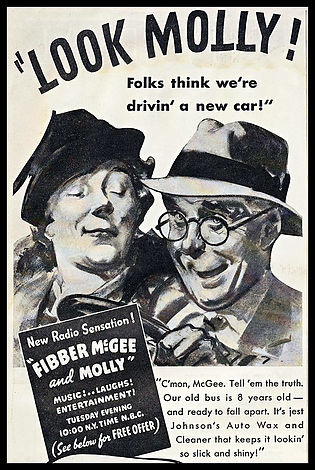 On Rogers of the Gazette, Will Rogers, Jr. returns as the editor of that fictional small-town newspaper, the Illyria Weekly Gazette. Along with dispensing homespun common sense and aphorism-filled advice to the betterment of his readers and fellow citizens, this week he’s solving a minor mystery: is Abraham Lincoln complaining about the maintenance of the town’s city hall clock? Then on Archie Andrews, Archie and Jughead’s passion for using all the latest slang in conversation isn’t going over so well with the rest of Riverdale’s residents. Listen here. 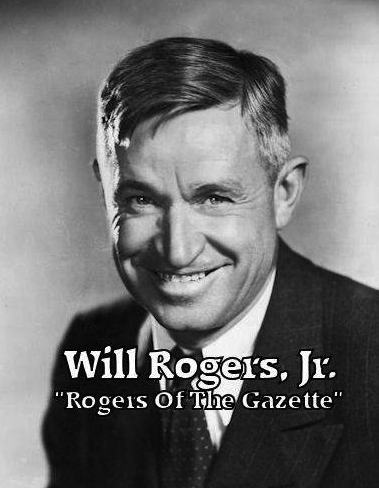 Lucille Ball stars in a dramatic, criminal role on Suspense. She plays an ambitious woman who won’t let anything stand in her way – not even murder. Then, on The Jack Benny Program, Jack and the gang broadcast from Corona Naval Hospital. Tonight, they’re accompanied by the world-famous (really!) harmonica player Larry Adler, who amazes with his virtuosity. Listen here. 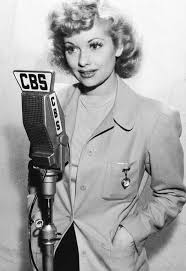 We start off with more of Old Time Radio’s quintessential medical drama, The Story of Dr. Kildare. A tricky operation performed at a hospital is one thing, but a simple operation performed at in an unusual location is another. How will Dr. Kildare remove an appendix from a man who is miles away at sea? Then on Duffy’s Tavern, the Great Gildersleeve himself drops by to listen to another one of Archie’s business opportunities. Listen here. 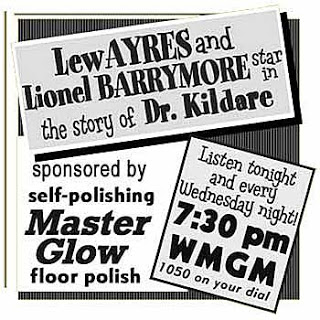 We start off with another episode of Information Please. Are you up on the sizes of sports venues, the significance of ringing bells, and literary wives? Then on Gunsmoke, a criminal seeks revenge on a whole town for the shooting of his kid brother. Not every Western is about cowboys and Indians. Sometimes, like this episode, they can be tight, psychological dramas. Listen here. 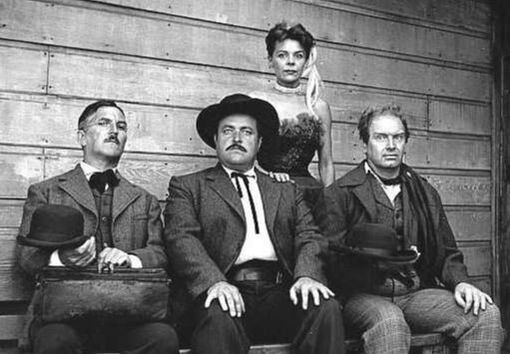